A mobile robot developed for demonstrating various applications such as surveying, 2D mapping, indoor navigation and SLAM(Simultaneous Localization And Mapping).

The robot is developed for indoor use, a holonomous drive with 4 omni-wheels. It uses Lidar as the primary sensor and explore unknown terrain to create a map (blue print) of the surveying site. We used ROS(Robot Operating System) for the same, configured /programmed it with Frontier exploration, AMCL for localization and building Octo-maps / 2D pgm maps as an output.

What was the inspiration

Mapping, localization, and path-planning are some of the fundamental requirements of any mobile robot. Most of the mobile robots which work outdoors use localization techniques like GPS or radar. Similarly for indoor robots technologies like beaconing is used, but the problems with those is that we have to have the environment setup with beacons, leading to immobile setup. This project hence aimed at mobile platform, which can work in unknown terrains. Also our study focused on holonomous drive as it gives us more degrees of freedom to move in smaller areas indoor.

Below you can see few images of robot (and few early iterations).

Developed QT based plugin for RQT for controlling the Robot

2D Lidar used in the project

Few of the working videos of first prototype

An Academic report on the same can be found at : 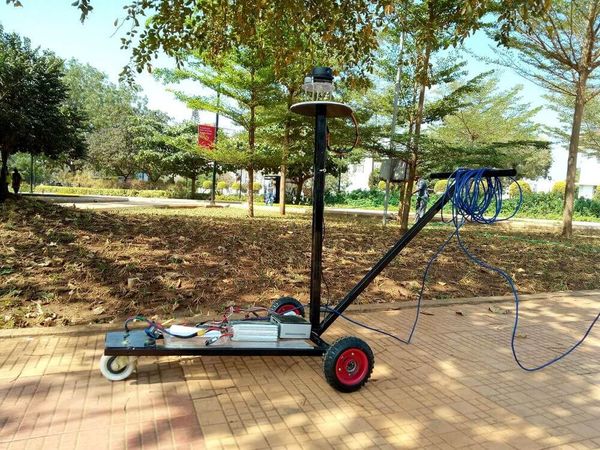 A Distributed control system, inspired by Changi airport, Singapore. Uses microcontrollers controlled over Modbus and RS485 to a central computer.